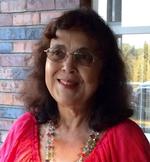 Brenda (Conway) Province of Irondale, Missouri, was born September 19, 1950 in Hopewell, Missouri, a daughter of the late James Conway and Margaret Sanzotera. Brenda departed this life Wednesday, May 29, 2019, having reached the age of 68 Years, 8 Months and 10 Days.
Brenda is survived by her husband Dorsey Province, they were united in marriage on December 17, 1966 in Irondale, Missouri. She is also survived by two daughters, Karen Vandiver and husband Bryan of Park Hills, MO, Margaret Brooks and husband mark of Leadwood, MO, one son, David Province and special friend, Neysa Davis, her mother, Margaret Sanzotera of Hopewell, MO, one sister, Jamie Gandy and husband Tom of Florida, seven brothers, Guy Conway and wife Cindy of Hopewell, MO, James Conway of Hopewell, MO, Stanley Conway and wife Angie of Hopewell, MO, Lonnie Conway and wife Kathy of Hopewell, MO, Tony Conway of Columbia, MO, Terry Sanzotera of Hopewell, MO, Robert Sanzotera of Hopewell, MO, five grandchildren, Christopher, Levi, Allison, Quinten and Lindel and by many aunts, uncles, other relatives and friends. In addition to her father, Brenda was also preceded in death by one brother David Conway.
Brenda was a member of Frankclay Nazarene Church, where she was active in its many activities and held many church offices. She was very active with her children and was a substitute teacher for many years, Girl Scout leader and Brownie Troop leader. She enjoyed doing crafts of many kinds and crocheting afghans that she gave to many newborns. She collected Beanie Babies and enjoyed showing them to everyone. Her family was very important to her and she greatly enjoyed all family activities.