To share your memory on the wall of Floyd \"Ticky\" Eckhoff, sign in using one of the following options:

To send flowers to the family or plant a tree in memory of Floyd "Ticky" Sylvester Eckhoff, please visit our Heartfelt Sympathies Store.

Receive notifications about information and event scheduling for Floyd "Ticky"

We encourage you to share your most beloved memories of Floyd "Ticky" here, so that the family and other loved ones can always see it. You can upload cherished photographs, or share your favorite stories, and can even comment on those shared by others.

The Pettibones, Martha lawson, and other have sent flowers to the family of Floyd "Ticky" Sylvester Eckhoff.
Show you care by sending flowers

Posted Dec 21, 2020 at 10:15pm
Dad it's me, Rob and I went to visit you today and put Christmas thing's on your Grave. Susies been out and put things on your Grave. Just know how much we Love and miss you. I sat down and cried for a bit with you. I can remember all the good time's going to Kentucky you being there for all of our Baby's and surgery's all Grandkids being born, But most of all I miss you. All the checking on me when I had surgery. You're the best and Robs been out alot. Just know that we Love You always have always will. Merry Christmas Daddy in Heaven. It wont be the same, but your out of pain. Forever and Always Lulu.
Comment Share
Share via:
TP

Posted Nov 06, 2020 at 02:39pm
Wishing you peace to bring comfort, courage to face the days ahead and loving memories to forever hold in your hearts.

The Pettibones purchased flowers for the family of Floyd "Ticky" Eckhoff. Send Flowers

Posted Nov 06, 2020 at 09:31am
My dear ol buddy Ticky, you will be missed. I will never forget all those years on the ball field. Wonderful memories. 💖 Trena
Comment Share
Share via:
B

Trena, He loved you and all the girls so much! We talked about our softball games pretty much daily! We love you all...
PU

Program in Occupational Therapy at Wash U

Posted Nov 04, 2020 at 11:13am
As you grieve know that we are remembering you and honoring the memory of Ticky. May this gift be a lasting tribute to his memory. 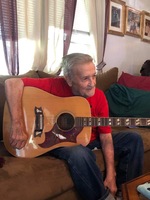 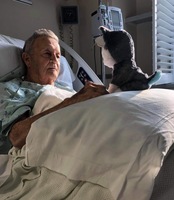 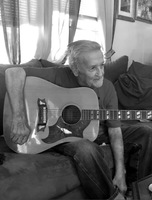 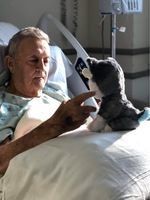