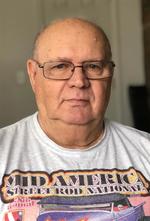 Freddy graduated from Valley Caledonia and enlisted in the US Navy serving from 1963 to 1967 as a PipeFitter E4 on the UA Essex. After the service, Freddy had many jobs including working in body shops, mines, truck driver, and retired as an operator and a member of the International Union of Operating Engineers, AFL, CIO Local 513. Freddy had a love for cars and over the years owned many beautiful classics. He loved restoring and driving them. He was a member of the Nation Hot Rod Association and traveled the US and Canada going to car shows. He made many friends along the way.

A graveside service will be held Saturday, December 12, 2020 at 1PM at the Bellevue Presbyterian Cemetery in Caledonia, Missouri.