To share your memory on the wall of James Forinash, sign in using one of the following options:

Provide comfort for the family of James Forinash with a meaningful gesture of sympathy.

We encourage you to share your most beloved memories of James here, so that the family and other loved ones can always see it. You can upload cherished photographs, or share your favorite stories, and can even comment on those shared by others.

Flowers were purchased for the family of James Forinash. Send Flowers

Posted Feb 05, 2019 at 11:13am
My sincere condolences to the Forinash family during this difficult time. May you turn to "the God of all comfort" to help you cope with your loss, 2 Corinthians 1:3, 4. Also take comfort in knowing the hope God has in store for our loved ones sleeping in death, Isaiah 26:19 and Revelation 21:4. Draw strength from family and friends and keep your cherished memories close, these will help you to heal.
Comment Share
Share via: 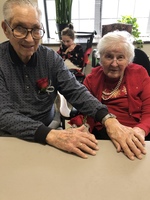 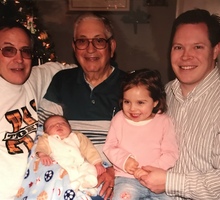