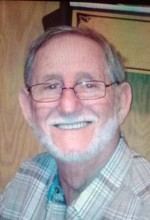 James “Jim” Clayton Rawe, Jr. of Springfield, Missouri was born October 20, 1945 in Blackwell, Missouri a son to the late James Clayton Rawe, Sr. and Altha Sarah (Davis) Rawe. Jim departed this life Saturday, June 6, 2020 having reached the age of 74 years, 7 months and 17 days.
Jim is survived by his daughters, Thelma Marie Wyatt of Cuba, Missouri, Mary Rawe-Glore of Cadet, Missouri; son, James David Rawe and wife Amy of Cadet, Missouri; sister, Georgia Rawe of Cuba, Missouri; partner Judy Johnson of Springfield, Missouri: eleven grandchildren; seven great grandchildren and many nieces, nephews, other relatives and friends.
In addition to his parents, Jim was preceded in death by three brothers, Harold Rawe, Danny Rawe, Earnest “Ernie’ Rawe; four sisters, Linda Brown, Margaret Faulkner, Norma Pyatt, Marie Rawe; two grandchildren, Wyatt Doss and Natalee Rawe.
Jim was a hard worker and did not quit until the job was done. He was a talented and skilled wood worker and could make any old piece of wood into a masterpiece. He enjoyed watching stock car and drag races and socializing with the other spectators. Above all, his family is what he loved the most. His hard work ethic, love and warmth will be missed by all.